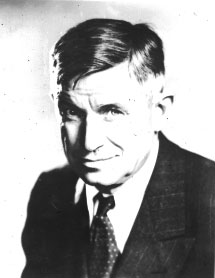 Throughout the 1920’s and 30’s tuberculosis (TB) was as familiar to vaudevillians as were cold dressing rooms, drafty theatres and damp hotel rooms, which ironically all increased the spread of the disease. In the early vaudeville days, performers needing treatment for tuberculosis were sent to live in “cure cottages” at Saranac Lake, NY. It was believed that exposing patients to as much fresh air as possible, combined with complete bed-rest conditions, would cure them of the disease.

In 1925, the National Vaudeville Artists (NVA) acquired 40 acres of land on a hilltop in Saranac Lake. By 1928 they built and founded the “NVA Lodge” to serve as a convalescent home for performers afflicted with TB. The mission of the Lodge was to treat TB patients as welcome and wanted friends, not outcasts. The lodge was designed in English Tudor style with the appearance of a country estate or resort. It was the conviction of those responsible that healing would be readily accomplished in a cheery atmosphere.

The official declaration came in May of that same year, “Henceforth it will be known as the Will Rogers Memorial Hospital, and it will become a permanent monument in memory of the popular humorist-philosopher, as a haven for unfortunate members of the entertainment industry to which he devoted his life.”

By 1939 the motion picture industry had blossomed and a small group of industry personalities in New York formed a club, Picture Pioneers, Inc., whose members would meet two or three times a year to exchange reminiscences and promote good fellowship. After several years of countless meetings and dinners, the group was compelled to give back to the industry they so dearly loved. The men figured out a way to “take care of our own” and announced that they were going “to establish a self-perpetuating fund to assist pioneers of the motion picture industry who find themselves in need; the assistance to consist of direct financial aid, medical care and temporary business subsistence during periods of unemployment and unfortunate circumstances to eligible applicants.” The idea was formalized in May of 1949 and the Foundation of Motion Picture Pioneers was established.

Meanwhile, during the 1950’s and 60’s, the Will Rogers Memorial Fund broadened its activities to include a wider range and focus. Pulmonary research had become a primary concern and a teaching and training program for medical research was created at Will Rogers Memorial Hospital in 1962, marking the beginning of the Will Rogers Institute. Doctors and scientists were encouraged to study the complex problems associated with lung diseases, especially TB. These scientific investigations yielded dramatic results culminating with the discovery of a treatment for TB which greatly diminished the number of patients at the hospital, leading to its closure in 1975.

Shortly thereafter, the Will Rogers Memorial Fund Board of Directors, which was comprised of entertainment industry executives, chose to expand the charity’s activities by creating a nation-wide preventative health education campaign. In 1977, the Will Rogers Institute was formally established in White Plains New York on the grounds of Burke Rehabilitation Hospital. The Institute utilized Burke’s resources, its patient care facilities, laboratories and office space for the next twenty years. Then, for a closer proximity to the entertainment industry, the Institute moved from White Plains, New York to Los Angeles, California in 1997.

The Will Rogers Institute spent the next five years continuing to make further advancements in pulmonary research, reaching out to the public to promote health and wellness and becoming more recognized within the motion picture industry. The connection between the Memorial Fund and the industry pioneers was solidified in 2002 when the Foundation of Motion Picture Pioneers merged with the Will Rogers Memorial Fund to create the most meaningful charity supported by the motion picture industry, The Will Rogers Motion Picture Pioneers Foundation.

Today, the WRMPPF operates three distinct programs, the Will Rogers Institute (WRI), Brave Beginnings (formerly known as the Neonatal Pulmonary Grant Program), and the Pioneers Assistance Fund. The WRI is a national charitable health program focused on research of debilitating lung disorders, medical school research fellowships, distribution of free health education material and provider of life saving neonatal ventilator equipment. The Institute is one of the country’s largest suppliers of Public Service Announcements for television, cable and radio. Featuring celebrities from stage, film and television these messages serve to reinforce Will Rogers Institute’s complete involvement in the field of pulmonary medicine and public information.

The mission of Brave Beginnings is to be the national leader in providing grants for the purchase of life-saving equipment and critical care pulmonary services to hospitals throughout the United States.

The Pioneers Assistance Fund continues the mission of the Foundation of Motion Picture Pioneers by helping individuals from the motion picture community who are encountering illness, injury or a life-changing event. Social Workers provide confidential consultations and financial assistance on a short-term and long-term basis, in order to help individuals get back to a normal life and continue living with dignity.